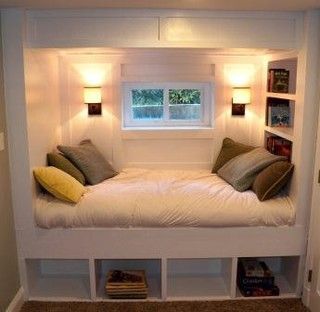 Bed nook but instead of cubbies put trundle bed underneath